A snake game but in 3D and you're the food! Also, there's other food

Some players have reported a visual bug that causes the screen to flash occasionally when running the game in the browser on certain devices. If flashing lights affect you negatively please be careful playing this game.

Also note: initial loading of assets takes a few seconds during which you may just see a black screen.

The game performs better in the downloadable executables. The browser version works best on Chrome. It might take a few moments to load but it should work. If the game isn't picking up keyboard input try clicking within the game a couple times, especially after fullscreening. Also, sometimes the audio crackles or plays twice as fast in the browser.

ALSO, sometimes the credits don't display at all in the browser which causes just a black screen after you beat the game while the credits music plays.

You can watch the credits here

Let me know if you run into issues in the comments!

Other Known Issues
Sometimes the game crashes or hangs on launch while trying to load assets. If this happens, try running the game again.

Please please let me know what you think in the comments! What was cool? What did you hate? Were you bored? Where did you rage quit? Any feedback is greatly appreciated!

Is it open source? And what version of bevy it use? :-)

this was really fun! I especially liked the writing a lot :3

glad you enjoyed it! how far did you get??

I'm so happy to have found this! Great game, it was entertaining all the way to the finale.

It may be a coincidence, but it seems to me that there is a bug with the pathfinding algorithm - on the last level I intuitively closed the passageway for the snake with a moveable cube. and the moment i did this fps dropped to almost zero and graphical artifacts began, fixed it by picking cube back up, so it's not a big deal.

It's so addictive by itself to watch a snake seeking the way to food in 3D,  I started the game again and stood in the corner just to see it. Was totally surprised that when snake finally locks himself in, it blinks and disappears, just like in the original game. This doesn't seem to have been fully tested, as there are invisible colliders left of the snake and i wasn't been able to finish that level afterwards, but it was a lot of fun.

Thanks for the game!

first, thank you for playing! Glad you enjoyed it :)

there is a bug with the pathfinding algorithm

hah, there's actually a couple bugs with the path finding 😅 I wanted to really timebox my work on this game since it was my first "big" game and kinda learn from the experience, so there were a few items that I had to make the tough choice on whether to address or not.

The other problem that you noticed is sometimes when a snake dies it doesn't update the level's layout correctly and you end up with essentially invisible snake parts all over the place. This one is a little trickier because it's somewhat related to the way the systems order their execution, somewhat related to the position of the snake when it dies and also just bad timing.

Yes! This is a sorta subtle strategy; I've watched several players play and not realize those blocks are movable. I was hoping it would be something like that where some players it clicks as a shortcut like an "a-ha!" moment. It's unfortunate that it can kill the snake and cause that choppiness to briefly appear though.

I'm hoping to re-visit this game in the coming months to add some more features, fix more bugs and add more levels as a version 2.0. Check out my other game,A Day at the Movies if you haven't; it was made as part of a game jam so it's not quite as polished but players have found it enjoyable as well.

Again, thanks for playing and for sharing your thoughts, it's greatly appreciated!

The gameplay is very solid. I loved the narrator voice and its meta-commentary. Great comedy in both aspects. The audio was a little bit choppy in the web version though. Apart from that, keep up the amazing work!

Thank you for playing! I'm glad you enjoyed it!

I'm hoping in future games I can fix audio issues; it works well in the downloads and isn't too bad for me in Chrome.

I am very satisfied with the quality of this product. The mice are a convenient size and they are fresh. The bag is hermetically sealed. The mice will keep a long time if kept hard frozen.

thank you for your kind words and advice

Reply
Luke I. Wilson1 year ago

Thank you! Hope to officially release it soon with all the content done 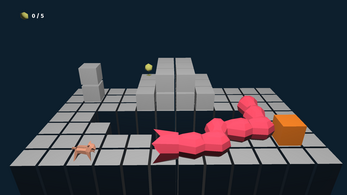 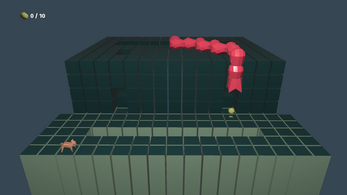 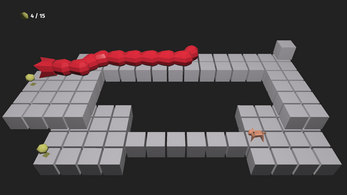